Ballistics can be a daunting subject, and if you’re not technically minded, the subject can be completely overwhelming. Luckily, you don’t really need to understand complex ballistics to enjoy rifle shooting or to hit long range targets. Modern technology and ballistic solvers can do the math for you.

Ballistician Bryan Litz explains, “Many of the important concepts in ballistics are accessible at the conceptual level, which means we could explain it in words and pictures. There’s almost nothing the average shooter can’t figure out, no matter what their background. I could explain it and draw it… if you want to understand the math behind it or keep asking why, eventually you’ll end up in rabbit holes where you’re in engineering-level discussions, and that’s where people can be intimidated.

Think of it like a car. Test drives don’t require deep knowledge of auto mechanics, and most drivers can’t explain exactly how everything works under the hood. Driving does not require significant mechanical knowledge, although everyone should understand general maintenance and be able to recognize when something is wrong. If shooting is the car, ballistics is the gear under the hood. 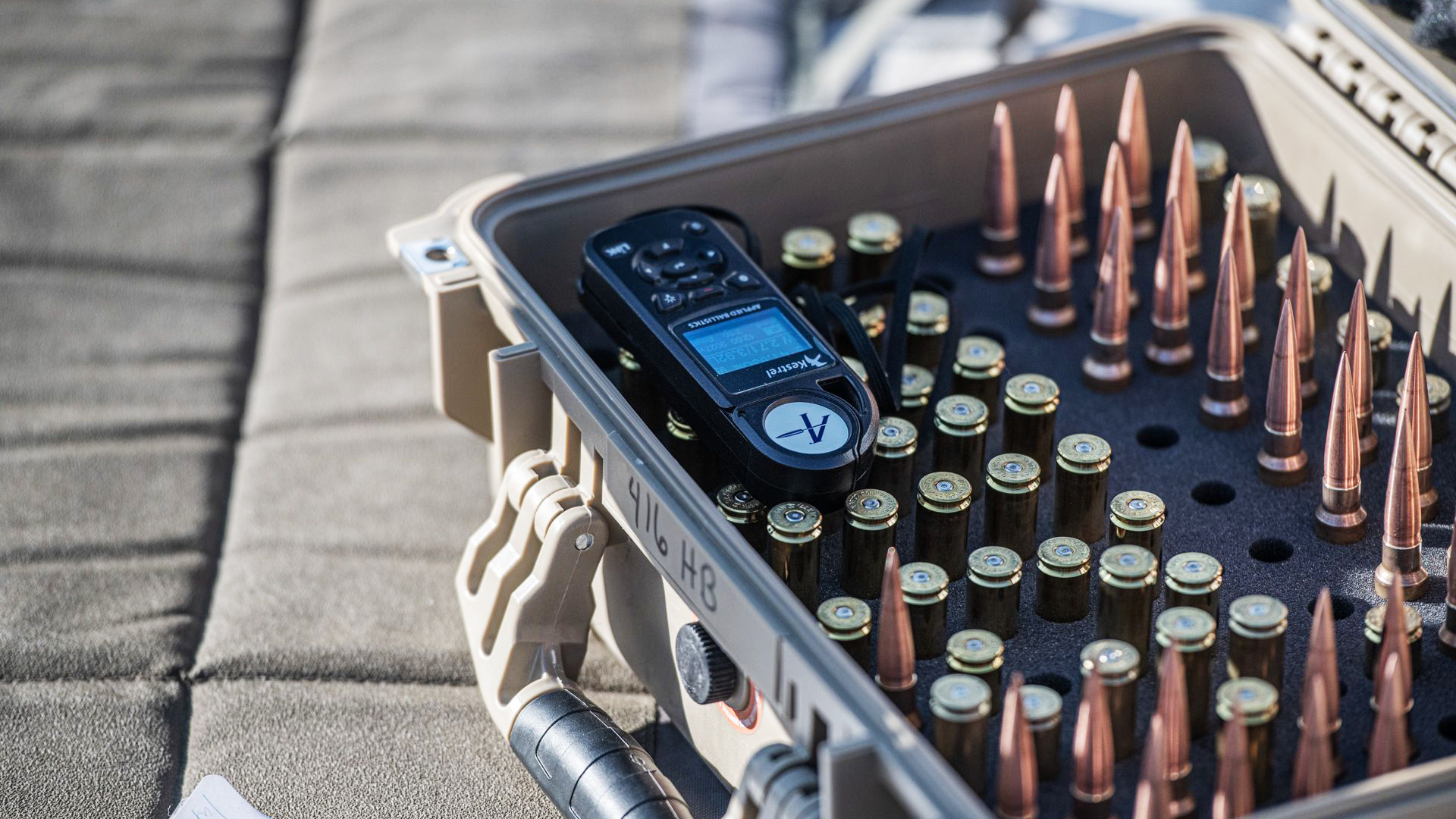 The Kestrel Weather Meter with Applied Ballistics is a great addition to any long range shooting bag.

So how much do you really need to know? Litz is a big proponent of learning and personal growth, but it comes down to application. If you’re shooting at known ranges with sights, some basic calculations on a printout or a free ballistics calculator will do. If you are shooting small targets at varying ranges in altitude or with other significant environmental factors, a quality ballistic solver becomes a necessity. “Long-range disciplines such as the sniper rifle series, long-range hunting, and extreme long-range competition require you to create a shooting solution for each target you shoot because they are always at different inclinations. , different distances and different weather conditions. So these disciplines… the idea of ​​going to one of these competitions without any kind of ballistic solver, it would be like going without ammunition, you’re just not going to hit anything,” explained Litz.

While many shooters are analytical thinkers, Litz took it a step further by creating an entire company built around him – Applied Ballistics. After showing a propensity for ballistics at an early age, he challenged himself to shoot smaller targets at closer ranges with air rifles, bows and slingshots. “Before I knew anything, I knew it was something that intrigued me. I always felt a sense of accomplishment when I could learn things and improve and increase accuracy over distance,” he said. “Basically, my whole life has been about hitting smaller targets at greater ranges with more reliability.” 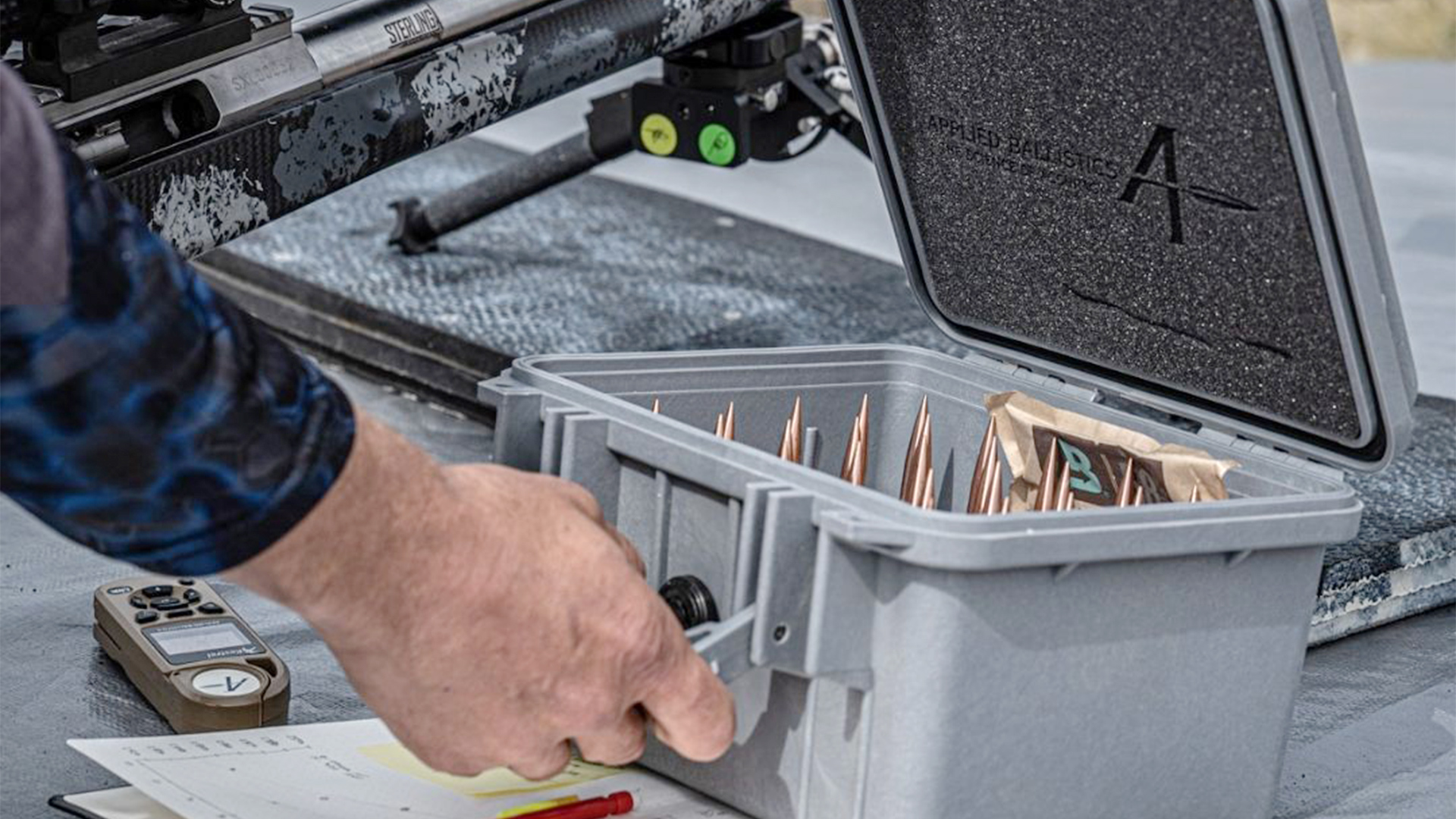 Litz earned a degree from Penn State in aerospace engineering and, after being turned down by a number of bullet companies for employment, took a job at Wright-Patterson Air Force Base working for the National Air and Space Intelligence Center on Threat Modeling and Simulation. aerial weapons. It was interesting work, but not practical enough for Litz’s liking. “You can’t fire missiles like you do bullets,” he said. Within six years, he began doing his own ballistics tests, while writing articles for publications and online forums.

He then accepted a position with Berger Bullets working on prototype design and testing. Apart from that, he decided to write the first book Applied Ballistics, which became the name of the company he never intended to start. “This book received great acclaim and I was compelled to continue writing books and doing more research and during this one I got involved with other business partners. Our software development is has become all of the Applied Ballistics software that’s built into Kestrels and similar devices, so from my perspective the company has grown more than I ever imagined. 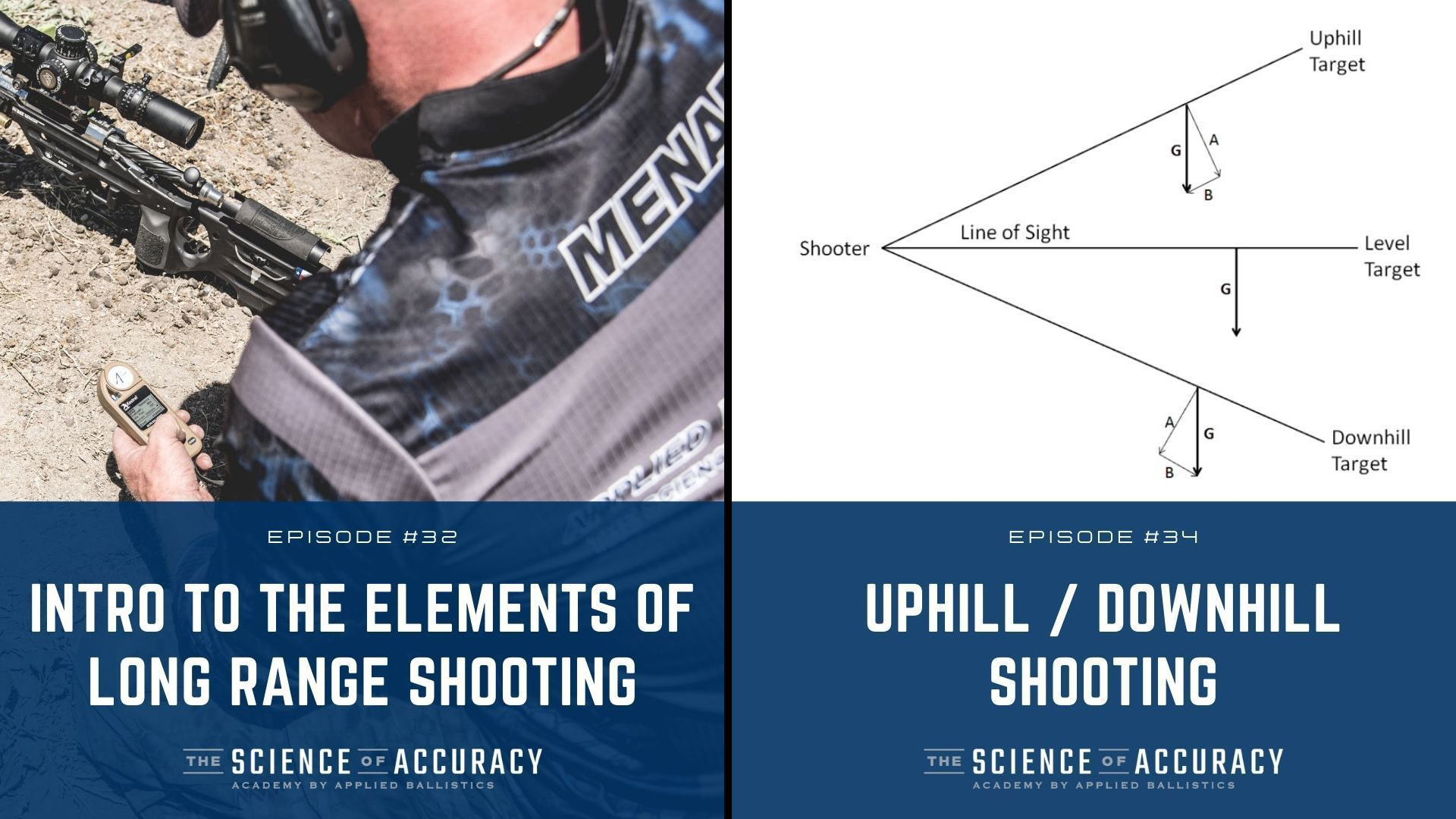 Although there are many ballistic solvers on the market today, Litz says the Applied Ballistics chip library database sets his solver apart from others. Rather than using a ballistic coefficient provided by a manufacturer, the Applied Ballistics solver uses data obtained by company personnel through live firing. Through this process, Litz discovered that there was a 10% error in the ballistic coefficient advertised by the manufacturers. “It will always limit the accuracy of your shooting solution.”

“With the Academy and the Facebook page, I try to be useful to someone like me 20 years ago,” Litz explained. “When I got into this field two decades ago I was desperately trying to learn how to do things and sometimes it was like pulling teeth – how do you know if that ballistic coefficient is accurate or not? I imagine what resource I wanted to have when I was starting out and that’s what I’m trying to create.

Education and the pursuit of knowledge are central to Litz’s love of shooting. He started competing on a 1,000-yard bench in high school, then moved to Palma and then Class F. Today, he competes in extreme long-range matches when the weather permits. Litz has won a number of awards, but measures success by knowledge gained, not championship titles. “I remember in much greater detail how I learned to develop the grip and trigger control that took me past a plateau,” Litz said. “What games I won with that lesson, I couldn’t tell you… I can control what I learn and how much I improve. If it’s better than anyone who shows up at the range that day, it’s out of my control. 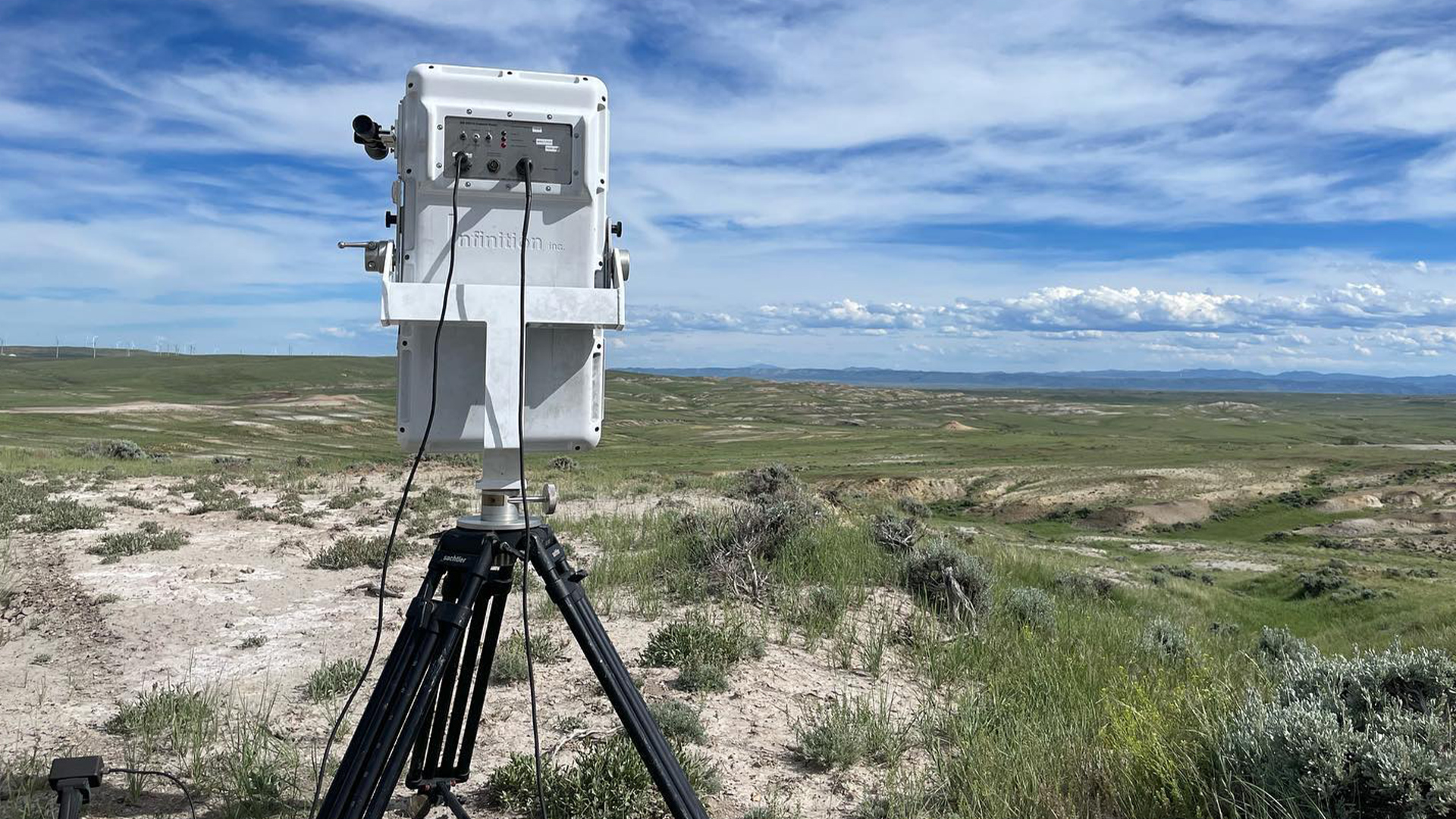 After asking Litz what the three main concept shooters should understand to improve, to my surprise, his answers had little to do with ballistics. “The number one thing that’s taken for granted is views,” he explained. “That’s where precision comes from. There is a terminological error that is made in shooting…they use the word precision when they mean precision. They use precision to talk about groups. Accuracy is how well your weapon holds to zero, how focused your group is on target, and ultimately where your success in hitting targets comes from is accuracy, which comes entirely from sight – understand your zeros, understand your sight movement and have a level of sight. These basic things are responsible for centering your group and having an accurate shooting solution so that you apply the right adjustments.

Armory and load testing is precision work – anything to reach small groups. Most rifles have the accuracy to do well, with kills and scores that come down to sights. “Curiosity is overlooked, especially as a ballistic subject, because it’s not ballistics,” he continued. “Sights are mechanical, they’re optical, they’re anything but ballistic, but they’re the key link between where your bullets are going and where you want them to go.”

The second thing Litz named was practice. “Long range shooters tend to be analytical… and that leads to a lot of time at the reload bench… experimenting and tweaking… Almost all of that time would be better spent on the range practicing and learning to read the wind if your goal is to improve your score. In other words, rather than looking for small technical advantages, spend the time going beyond the equipment you have and invest in the skills that will allow you to exceed your objectives. 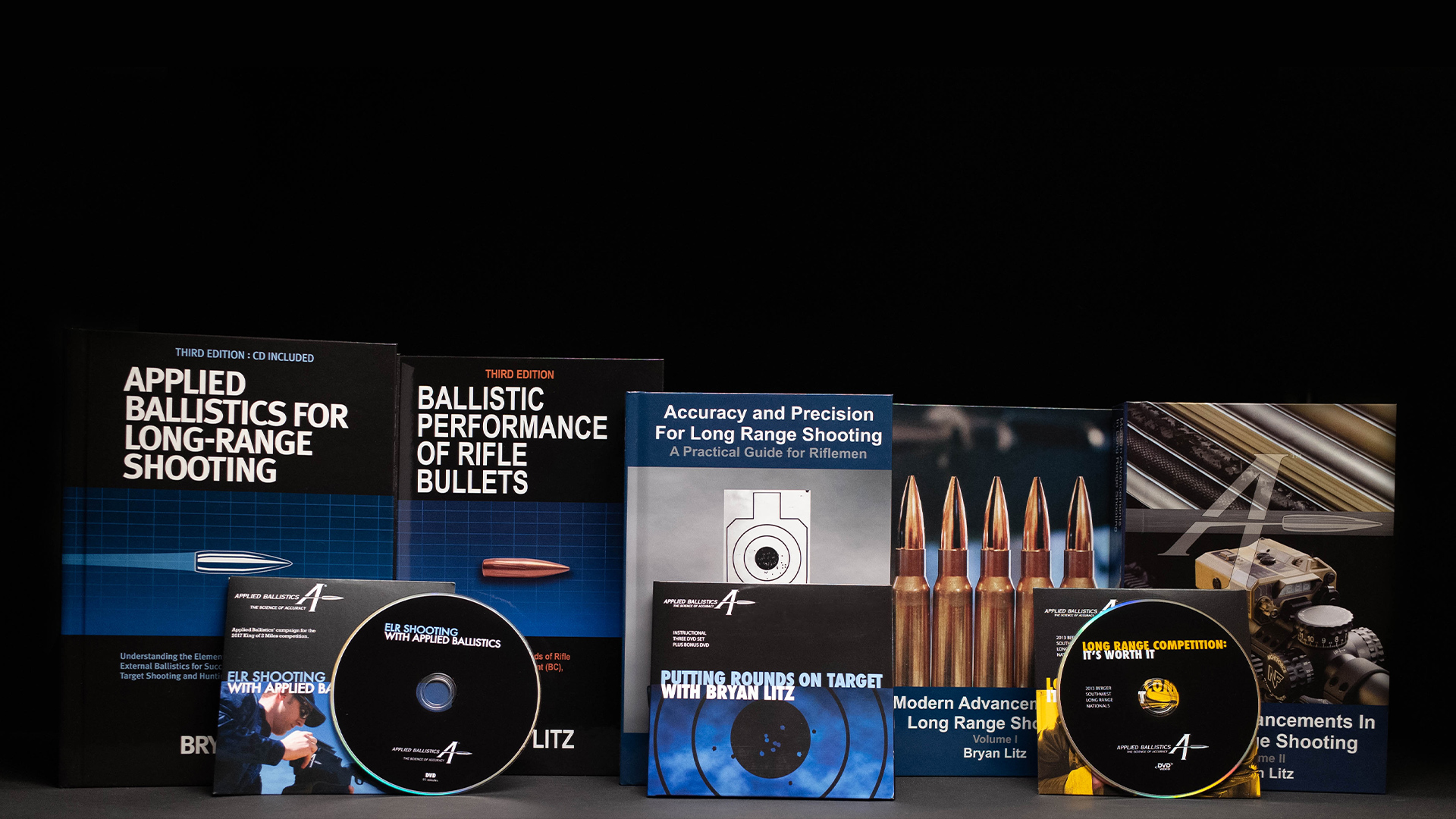 Bryan Litz has produced a plethora of instructional distance shooting books and DVDs.

Third, Litz advises shooters to be honest with themselves. “If you can be honest about why you’re losing points and do the work to fix those weak links, that’s when you’ll see progress.” It can be difficult, because those weak links aren’t always the things people like to do, and no one wants to admit their mistakes.

These answers confirm that you don’t have to be a ballistics expert to be a good shooter, although a better understanding of “what’s under the hood” can be a rewarding experience and a necessity for some applications. . Applied Ballistics and The Science of Accuracy Academy aspire to make ballistics knowledge accessible and understandable to all shooters, regardless of experience.