The Ruger Mark IV and Mark IV 22/45 .22 LR pistols are beautiful firearms straight from the factory. But like stock cars, factory guns usually require aftermarket upgrades to improve “racing” performance, and the Kraken from Tandemkross can rev up your Ruger in style.

The Kraken upgrade at the Ruger factory features sleek lines and bright colors.

Kraken is an aluminum pistol frame that replaces Ruger’s factory polymer frame. It comes fully assembled with an extended bolt stop, extended magazine release, thumb safety lip, and “hiveGrip”, the latter being a one-piece wrap-around grip. Tandemkross also installs its “Blast Pack”, consisting of its adjustable Victory trigger and an improved hammer and sear to reduce trigger weight. All of these upgrades can be purchased separately from Tandemkross, but purchasing the fully assembled Kraken saves money.

For this evaluation, I installed a Kraken on a new Ruger Mark IV 22/45 Lite pistol barrel and receiver assembly. Kraken’s aluminum frame is machined from two pieces bolted together; the adjustment is executed precisely without gaps or flashes. There’s no indent button like on Ruger’s frame; instead, an Allen-head set screw located where the frame curves up from the grip locks the Kraken to the barrel and receiver assembly. All screws on the Kraken are Allen headed and Tandemkross has included two Allen keys with the Kraken. The larger key fits the locking screw and all frame screws, but not the handle screws. 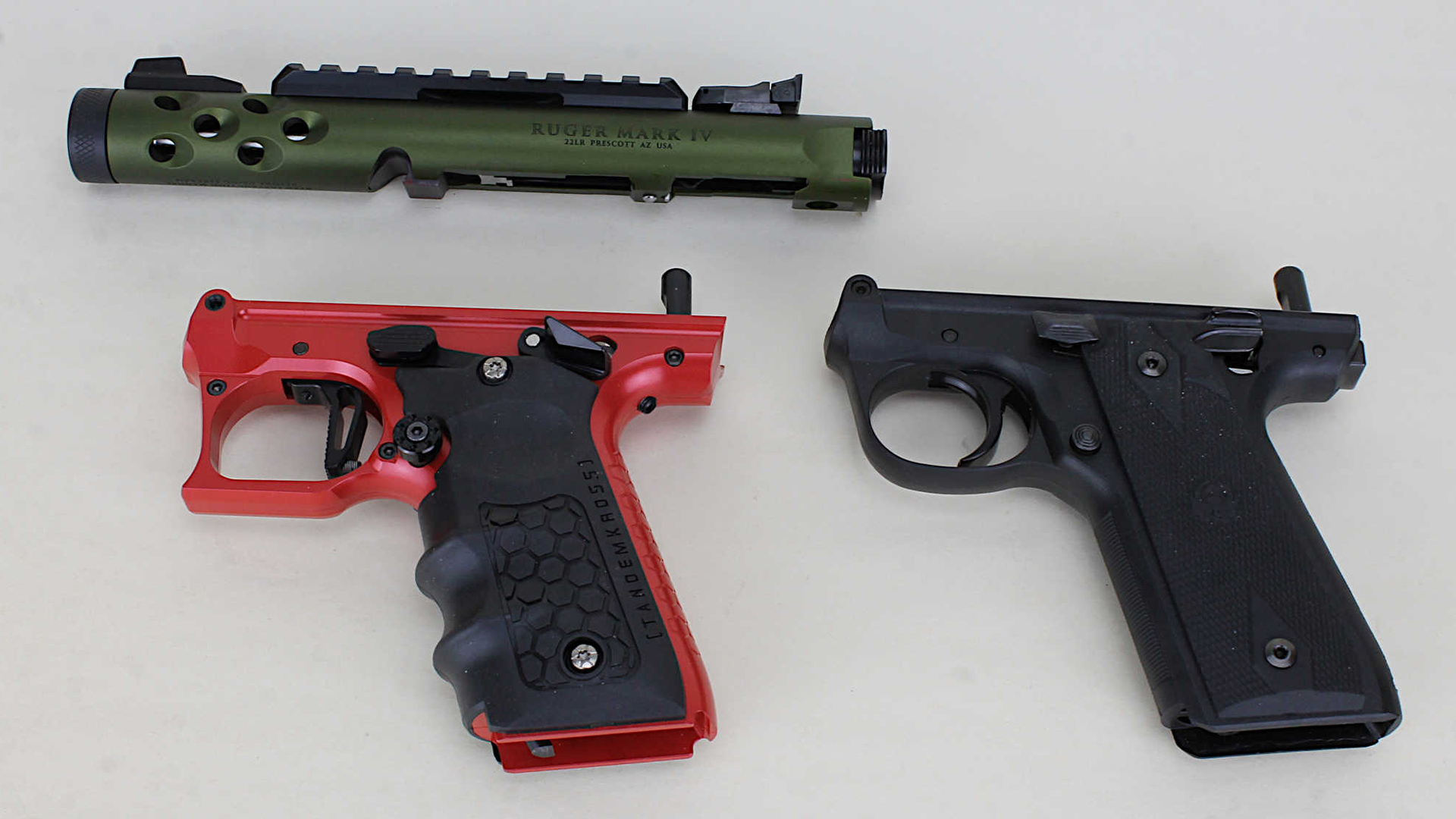 Swapping out Ruger’s polymer frame for the Tandemkross Kraken is as quick as turning a set screw. 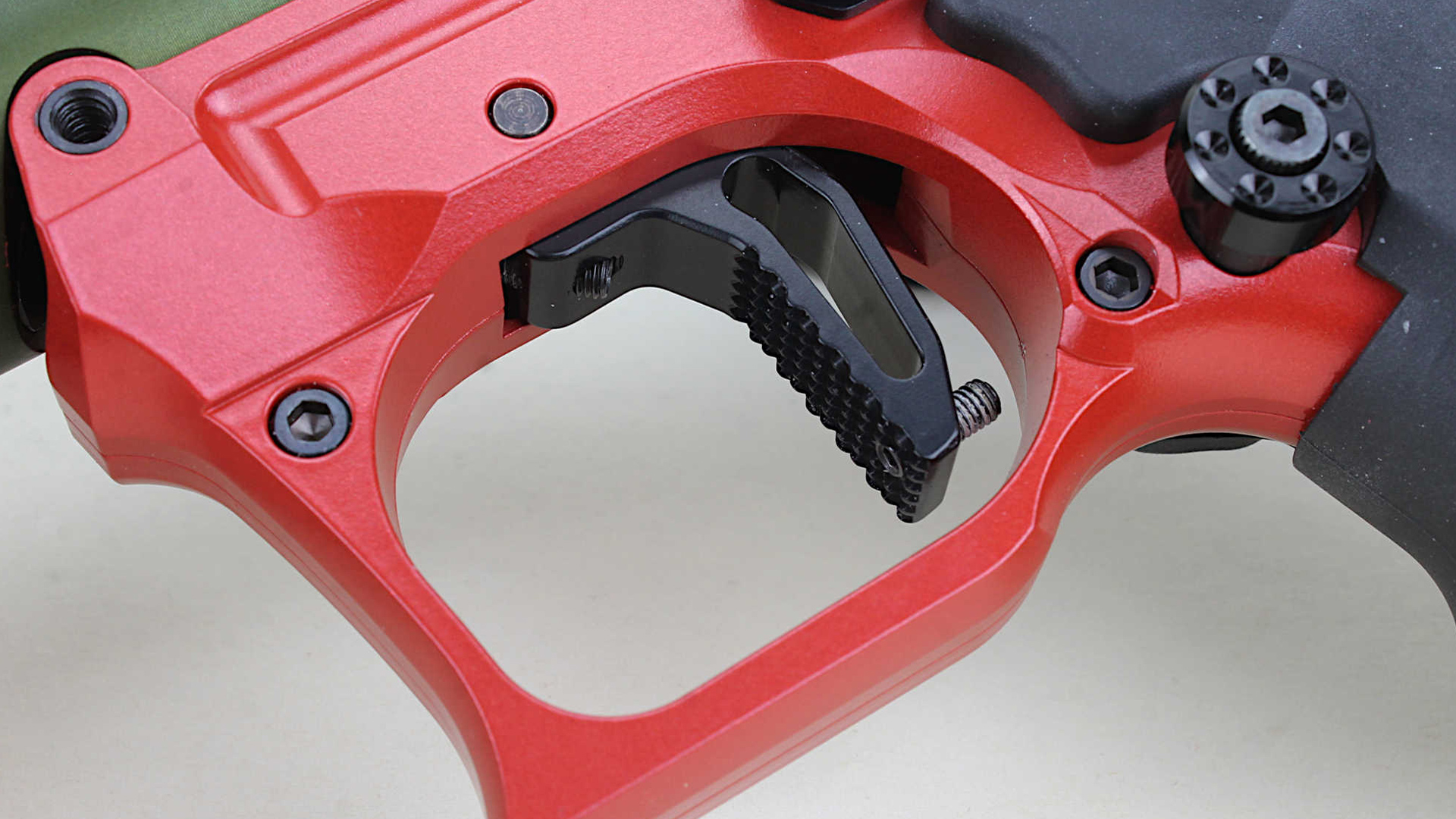 Two screws on the Victory trigger adjust pre-travel and over-travel. The trigger breaks at 2½ pounds on this Kraken.

Tandemkross says the lightweight “Blast Pack” hammer reduces lockout time and is trigger friendly by having rounded contact surfaces. Both also carry a lubricating coating. The trigger on Ruger’s factory frame was 4½ pounds; Kraken’s Victory trigger is indeed much lighter at 2½ pounds. 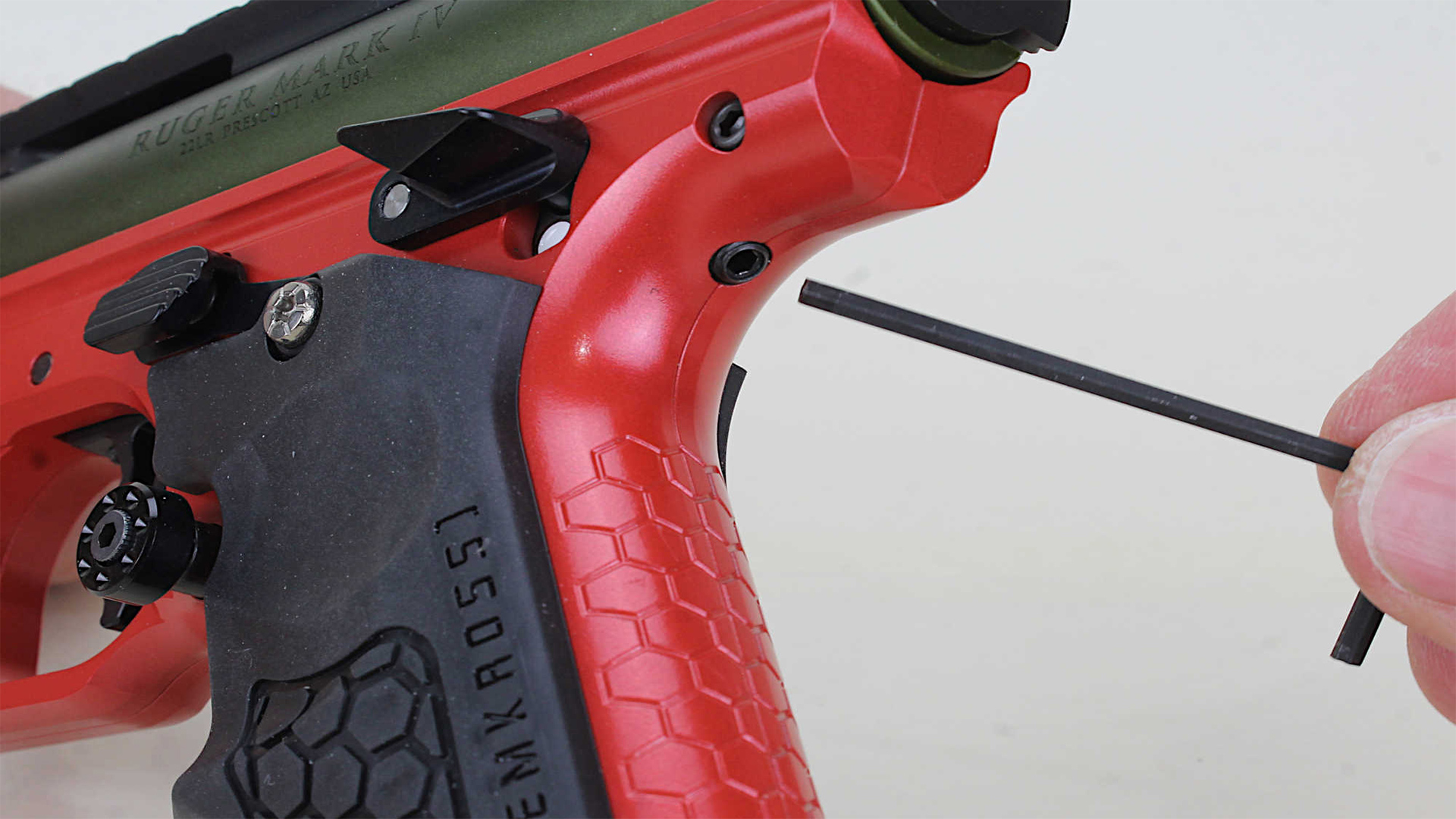 A set screw on the Kraken replaces the factory push button for assembly.

Every gunslinger has their own opinion on magazine disconnects, and Tandemkross’ opinion is to get rid of them in the Kraken. The magazines clearly fall with satisfying authority when you hit the magazine’s extended release. The slide release and thumb safety on the Kraken are superior to Ruger’s factory controls. From the factory, the slide release and thumb safety are too small and too close to the frame to allow the quick, no-loophole handling needed for competition. Unlike most factory pistols, the Kraken’s extended thumb safety is easily pushed up with the thumb of the firing hand to engage it, and is wide enough to effectively serve as a thumb rest as well. The slide is aggressively serrated and slopes outward from the frame, up and down, providing exceptionally positive control. 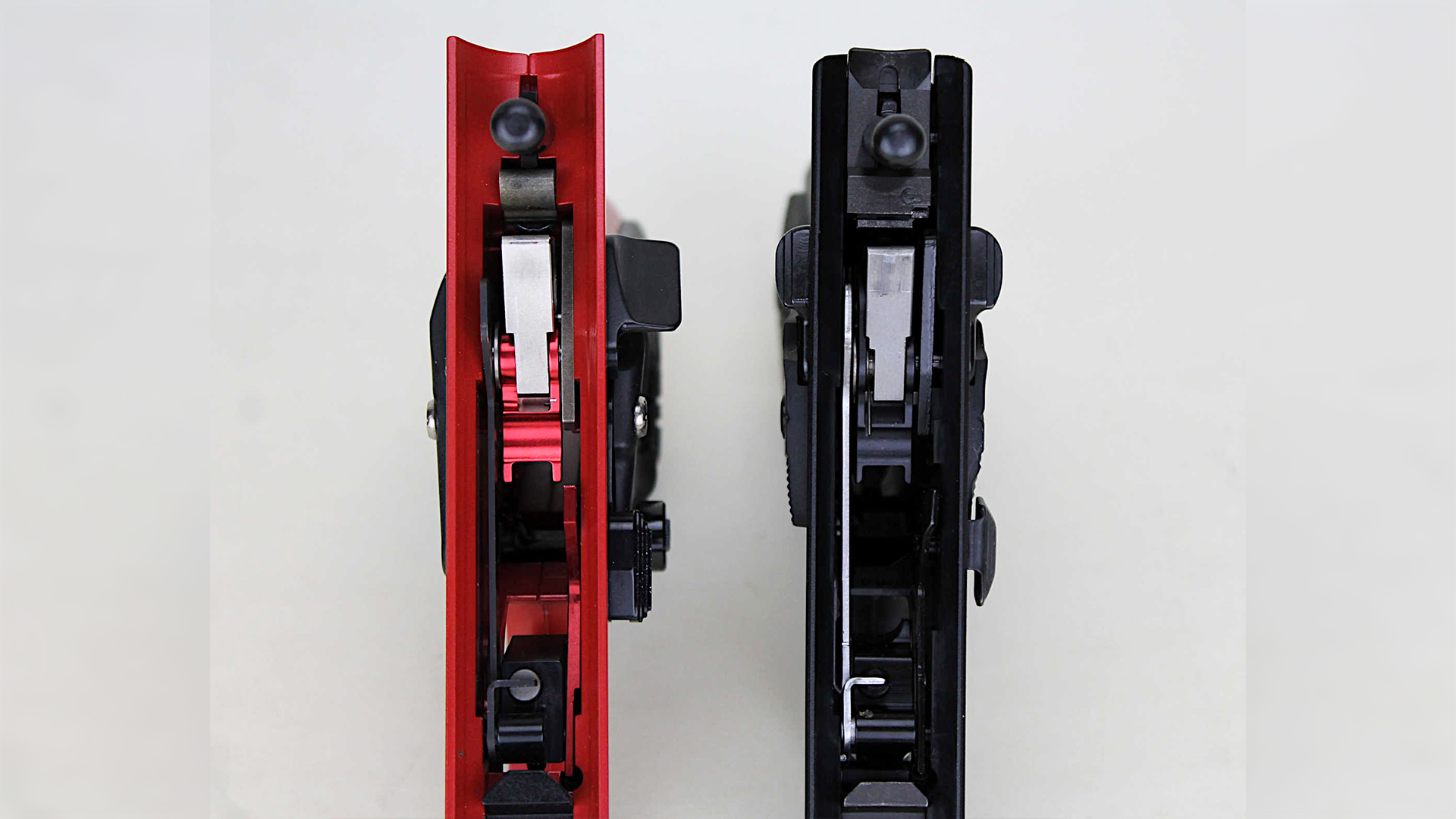 Compared to the factory Ruger (r.), the Kraken’s safety, sliding trigger and magnetic trigger (l.) move away from the frame for no-loophole handling.

It’s an axiom that form follows function, and the Tandemkross hiveGrip incorporates both into improved ergonomics for the Mark IV 22/45. The hiveGrip feels comfortable and natural in my medium-sized hand. The texture is rubbery and also somewhat sticky, providing a secure grip even when I moisten my hand with water. The dotted line is a pattern of hexagons, similar to the cells of a hive, hence the “hive” in “hiveGrip”. The left side panel of the grip is scalloped allowing the thumb to reach extended magazine release without changing grips on the pistol, which is advantageous for quick magazine changes. Similar to the grip, the extended magazine release button and grip screws are places for artistic touches.

Ready-to-go Krakens are available in basic red, green, blue, and black direct from Tandemkross for $599.99. Yes, the Kraken is about double the price of the factory Ruger Mark IV, but if you’re racing to win, you need more than factory performance, and the Kraken can add speed to your game.